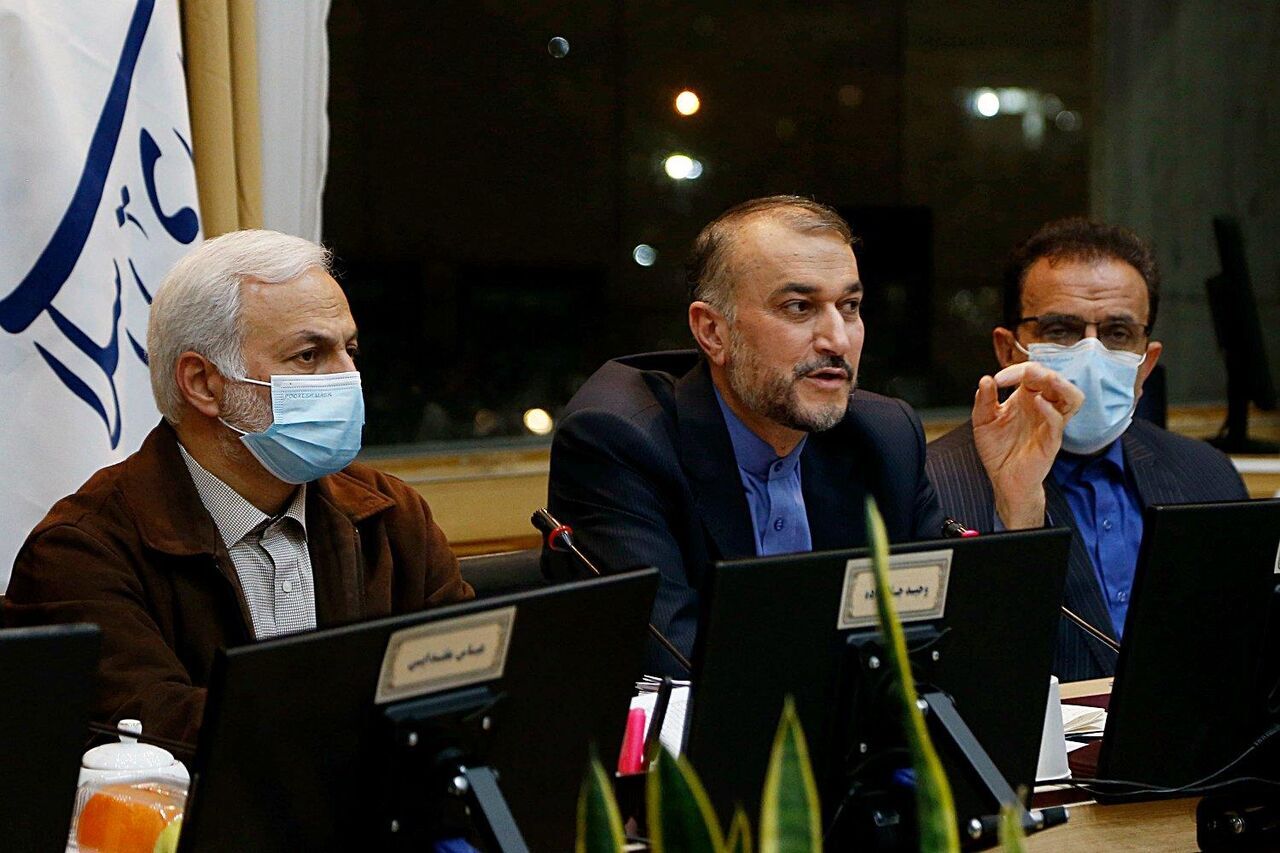 Rapporteur of the Iranian Parliament’s National Security and Foreign Policy Commission Mahmoud Abbaszadeh-Meshkini cited Amirabdollahian in a meeting with the commission's members as elaborating on details of the Vienna negotiations.

His argument in proof of that claim was that the Iranian Parliament’s Strategic Law Aimed at removal of sanctions and safeguarding Iranian Nation’s Rights and the precious achievements in nuclear industry have filled the atmosphere of the negotiations.

The rapporteur of Parliament’s National Security and Foreign Policy Commission added that Amirabdollahian emphasized that Iran’s red lines in the negotiations are quite clear.

The lawmaker said his interpretation of the foreign minister’s comments is that the negotiations are proceeding quite professionally amid the strong performance of the Iranian delegation, who have thus far had control over the negotiations, and expressed hope that this process will continue till the end and reaching a good agreement, on condition that the westerners will not be after returning to their colonialist era attitude.