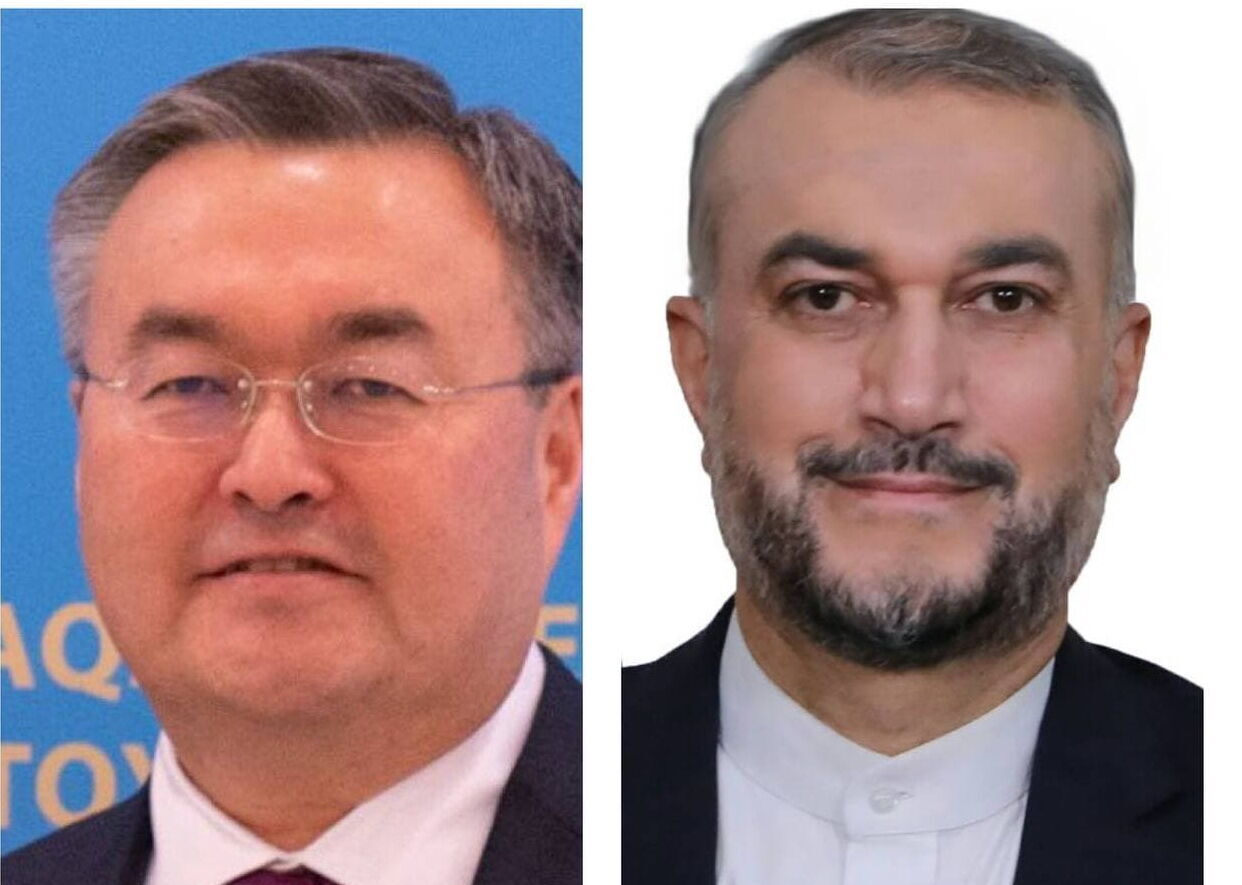 During the phone conversation, Amirabdollahian referred to the positive and friendly relations of the two countries and both sides' will for continuing that trend, as well as further expansion and strengthening of bilateral ties and cooperation at regional and internal scenes.

“The Islamic Republic of Iran has been closely monitoring the recent unrests in Kazakhstan ever since their onset, supports the legal government of Kazakhstan and condemns foreign interference in that country,” Amirabdollahian pointed out.

The foreign minister of Kazakhstan, for his part, briefed his Iranian counterpart the ongoing developments in his country, emphasized that Kazakhstan’s foreign policy fundamentals on relations with Iran remain the same as before, and said that his talks with the Iranian foreign minister is a sign for Tehran’s support for Kazakhstan’s national governance.

Mukhtar Tileuberdi appreciated the Islamic Republic of Iran's stance during the recent developments in Kazakhstan, and emphasized that President Kassym-Jomart Kemelevich Tokayev’s upcoming visit of Iran is still on the agenda.

He added that expansion of bilateral trade is important for Kazakhstan.

The Kazakh foreign minister also referred to the 30th anniversary of his country’s relations with Iran and its significance for both sides, and invited President Ebrahim Raisi to attend the International Kazakhstan Conference in October 2022.