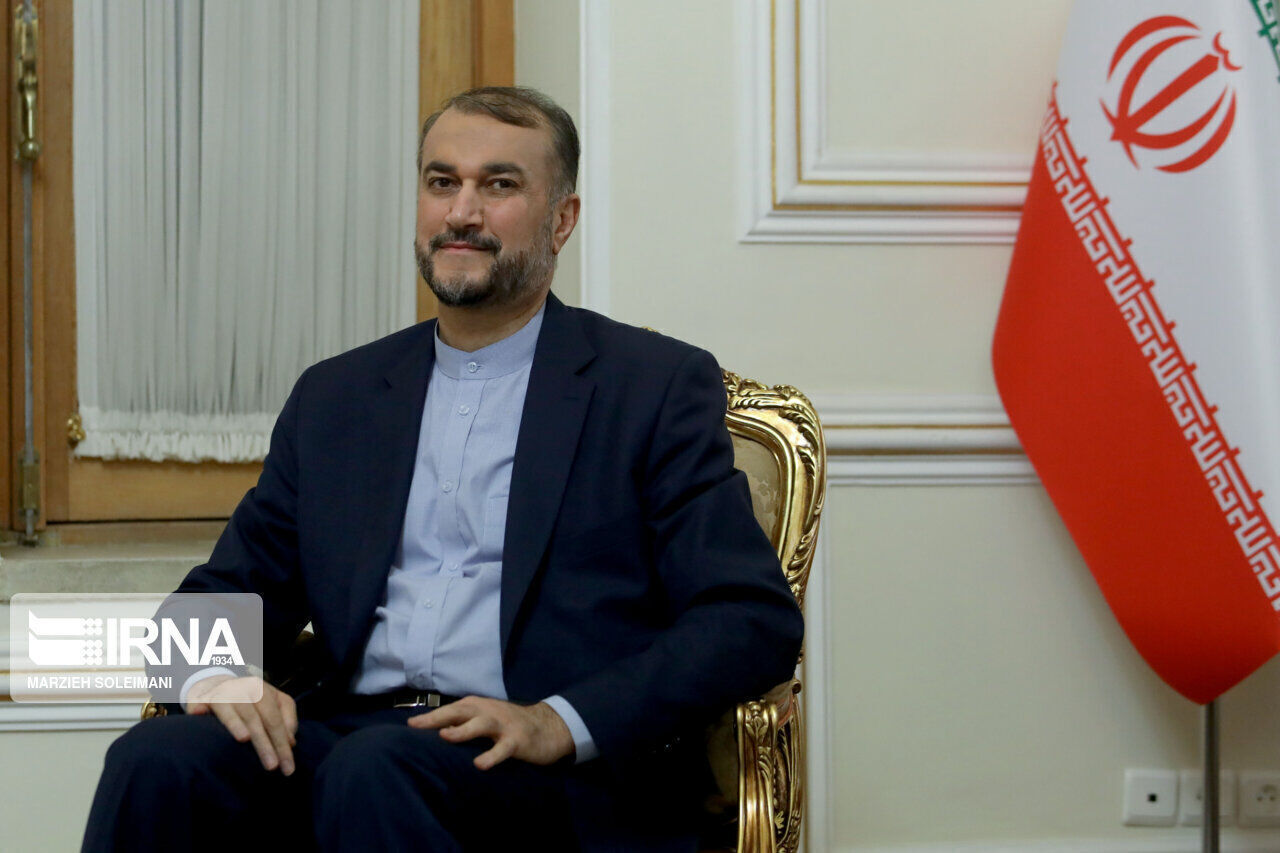 Referring to his talks with his Chinese counterpart Wang Yi, he wrote in Chinese language, "I am very pleased to pay my first official trip in 2022 to China as the foreign minister of the Islamic Republic. I exchanged views with Mr. Wang Yi, China's State Councilor and Foreign Minister, on various issues, including the comprehensive cooperation agreement and the Vienna talks, and we reached consensus."

He also hoped that the relationship between the two countries would improve in its fifth decade and that Beijing Winter Olympics in the Chinese Spring Festival would bring joy and happiness to the world amid the COVID-19 pandemic.Observers are of the opinion that economic, political, and cultural commonalities have caused Beijing and Tehran improve cooperation increasingly. The two sides enjoy common stances on several regional and international issues such as efforts to contain coronavirus, production of joint vaccines, fight against terrorism, standing against the United States' bullying policies, promoting multilateralism, and constructive collaborations in China's Belt and Road Initiative (BRI).In the end of his meetings with the Chinese foreign minister, Amirabdollahian stated that the two sides have agreed upon announcing the initiation of the Iran-China 25-year Cooperation Program.Concurrent with the negotiations in China, both sides have prepared the situation to announce today (Saturday) as the implementation stage of the Iran-China 25-year Cooperation Program.The Chinese and Iranian foreign ministers met on the sidelines of the Shanghai Cooperation Organization summit in Dushanbe, Tajikistan. They also held phone calls and discussed virtually to pave the ground for the implementation stage.The cooperation agreements has its roots in a joint statement by presidents of both countries to upgrade bilateral relations at comprehensive strategic cooperation and pave the way for expanding all-out ties. The strategic agreement consists of a 25-year cooperation program in three political, economic, and cultural arenas.It is noteworthy that Indonesia, Austria, South Africa, Algeria, Belarus, Hungary, Mongolia, Britain, Malaysia, Uzbekistan, Tajikistan, Argentina, Italy, Venezuela, Egypt, and Brazil are among the other countries that have the same level of cooperation with the People's Republic of China.Since Amirabdollahian's visit to China has been concurrent with the eighth round of talks in Vienna, Austria, to revive the 2015 nuclear deal and lift anti-Iran sanctions, the Chinese and Iranian officials discussed issues related to the nuclear talks.However, the Western players do not welcome the expansion of mutual ties between China and Iran. The West, which is pursuing the so-called maximum pressure on Iran, is worried about enhancement of Beijing-Tehran cooperation.