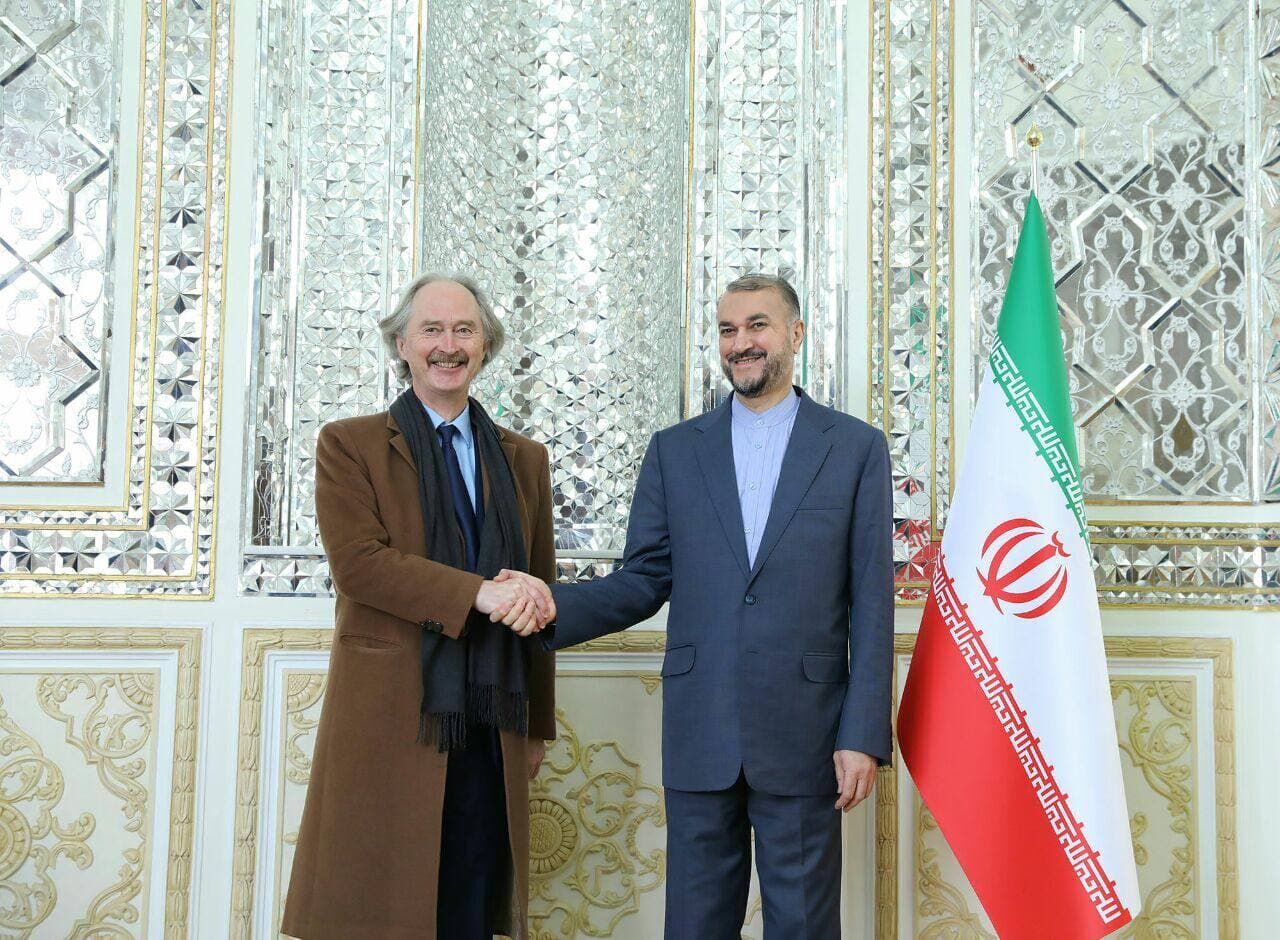 Pedersen is in the Iranian capital to exchange views about the Syrian developments.

In the meeting, the foreign minister appreciated UN special envoy's help to the national dialogue for peace and stability in Syria.

Then, Amirabdollahian referred to illegitimate presence of the US forces in Syria and Zionist regime of Israel's attack on the country as interruption to the process of political solution for Syria.

The foreign minister further called on the international community and the UN to pay attention to the above mentioned issues.

For his part, the UN envoy described the Syrian situation as stable.

In current conditions, no sides talk about regime's change in Syria, Pedersen noted.

In May 2021, Ambassador and Permanent Representative of the Islamic Republic of Iran to the United Nations Majid Takht Ravanchi said at the UN Security Council session on “The situation in the Middle East (Syria – Political and Humanitarian)” that "restoration of the unity and territorial integrity of Syria" should be supported.