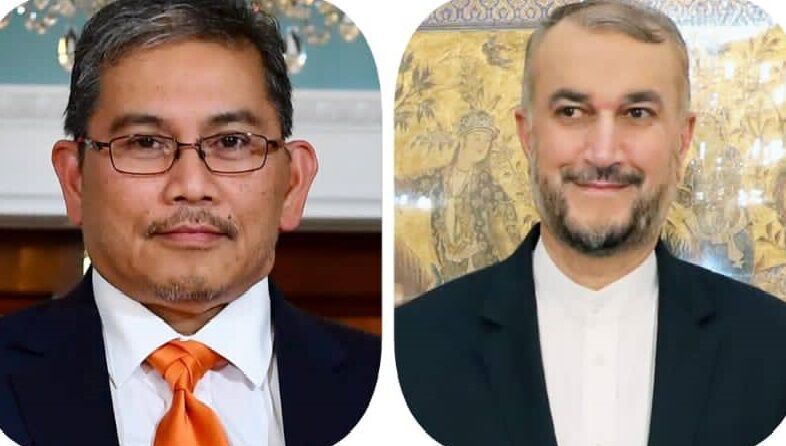 He made the comment on Saturday night in a phone conversation with Erywan Yusof, foreign minister of Brunei Darussalam.

The two ministers also discussed relations between the two countries.

Amirabdollahian said that the current Iranian administration gives importance to cooperation with Muslim states in Asia, and welcomes development of ties with Brunei Darussalam.

The Iranian foreign minister called for expansion of relations with Brunei in technical, trade as well as scientific and economic fields.

The two officials exchanged views on the latest developments in the occupied Palestinian territories as well.

He said that the unity Muslims showed in support of Palestine during International Quds Day rallies indicates that the Palestinian resistance for liberating Al-Quds remains alive.

Erywan Yusof, on his part, denounced Israeli crimes against Palestinians too.

He voiced support for holding a special meeting by the Islamic Cooperation Organization (ICO) to discuss the situation on occupied Palestinian land.

The foreign minister of Brunei Darussalam also expressed his country’s willingness to expand relations with Iran, and said that the two sides should also continue their cooperation in the ICO and the UN.