EU’s Mora, Iran’s Bagheri Kani due to meet in Tehran on Wednesday 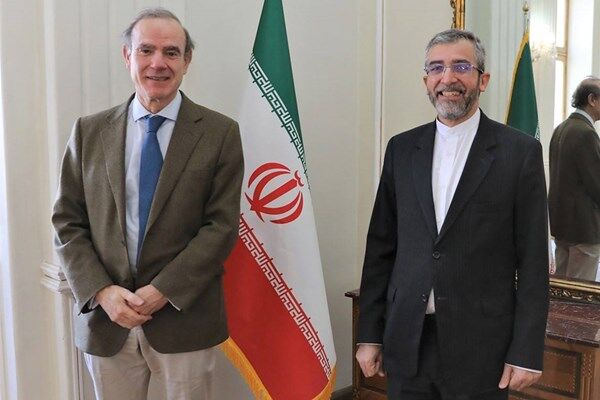 The United States unilaterally withdrew from the nuclear deal in May 2018 and re-imposed tough sanctions on Iran.

After intensive talks between Iran and the P4+1 in Vienna over the past months, now it is the turn of the US to make its decision.

After their last talks in Vienna, the negotiators from Iran and the five world powers returned to their capitals and continued exchanging messages with Mora who serves as the EU coordinator.

Mora's visit to Tehran is in line with efforts to narrow the remaining differences between Iran and the US so as to pave the way for the US' rejoining the nuclear deal.