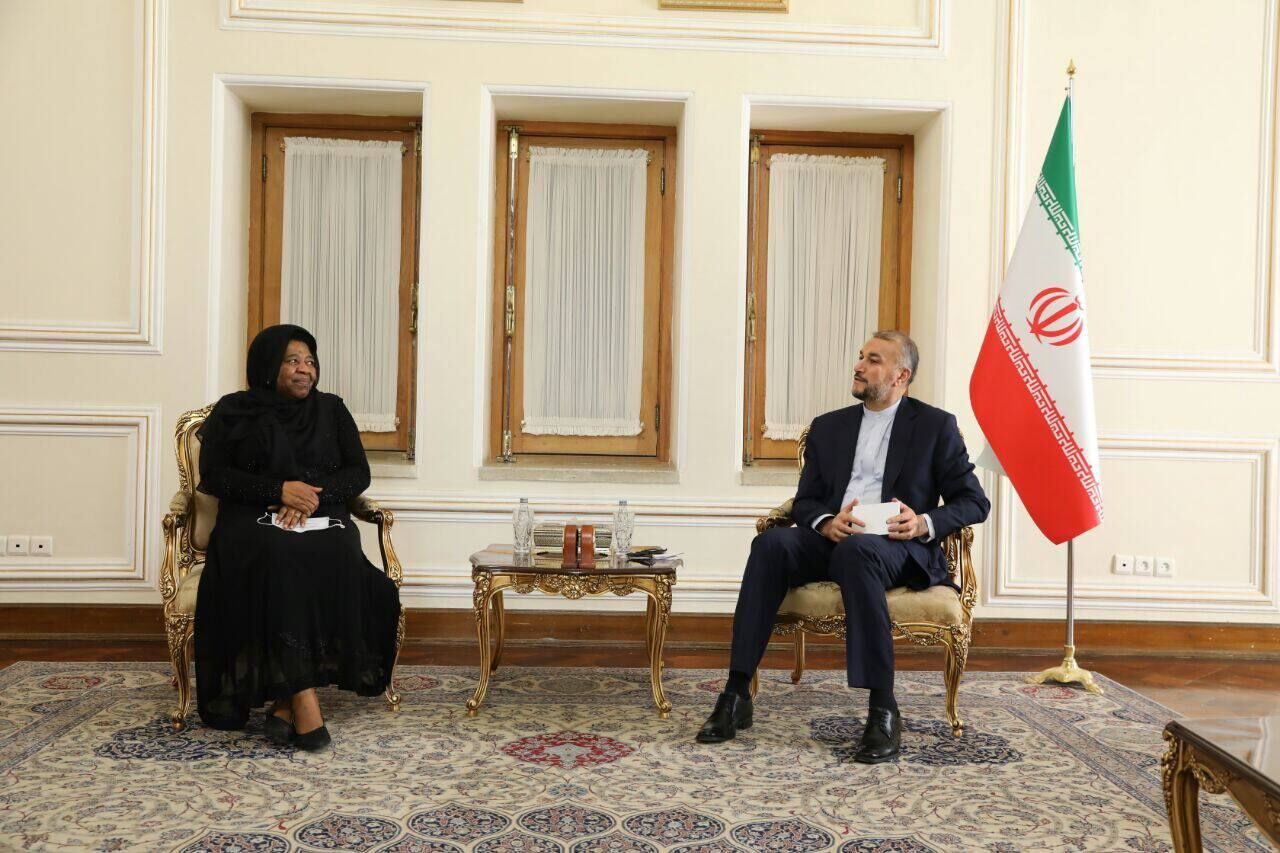 The Iranian FM received South Africa's Deputy Minister of International Relations and Cooperation Candith Mashego-Dlamini on Sunday, amid her visit to capital Tehran to take part in the 10th political advisory committee between South Africa and Iran.

FM Amirabdollahian referred to the historical and friendly ties between the two countries, saying that the Islamic Republic has no limits concerning relation with South Africa, adding that in particular, the new administration is seeking to develop relations with countries of the African continent.

Underlining that the Iranian authorities give special importance to relationship with South Africa, the top diplomat said that the two countries enjoy very good capacities to increase cooperation and that the 15th joint commission in Pretoria in this year is of great significance.

Amirabdollahian also expressed gratitude to South Africa for its stances on West Asia, especially their support for Palestinians' resistance.

For her part, the South African official showed appreciation for the meeting, expressing hope that both sides can hold good and constructive negotiations in the meeting of political advisory committee in order to draw a roadmap for future reciprocal visits by high-ranking officials of both countries and expansion of collaborations.