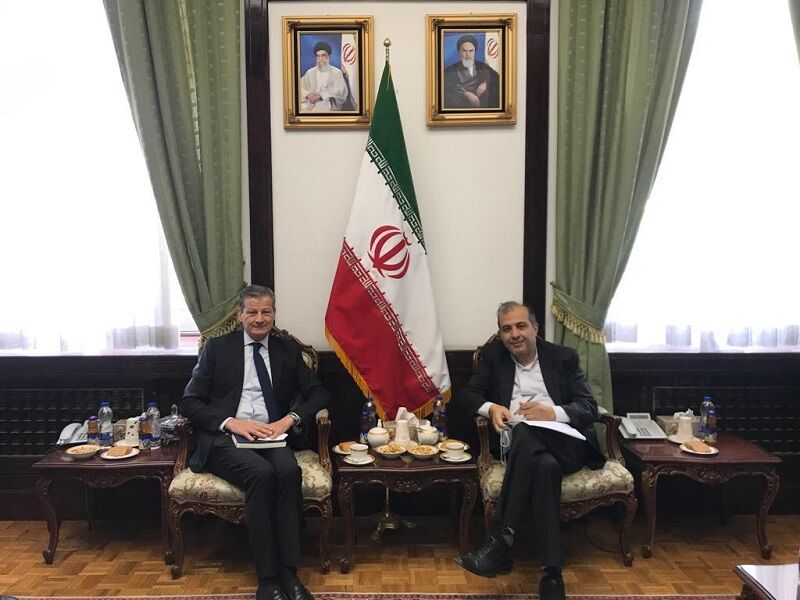 Khaji made the remarks in a meeting with the Italian foreign ministry’s special representative for Yemen and Afghanistan affairs while stressing the need for adopting a practical strategy to resolve the crisis in Yemen.

During the meeting, both sides exchanged views on the latest development of the Yemeni crisis and the peace process in the country.

The two officials also discussed the latest ceasefire situation in Yemen, calling for implementing the provisions of the ceasefire agreement, particularly humanitarian issues.

The Iranian diplomat elaborated on Iran’s intermediary and humanitarian efforts to put an end to the imposed war against the defenseless and oppressed people of Yemen, as well as establishing a ceasefire and a fair peace.

From the onset, the Islamic Republic of Iran believed that the Yemen crisis had no military solution, Khaji said, adding that the crisis should be resolved through Yemeni-Yemeni political dialogue.

Iran supports any ceasefire and peace initiative that will end the suffering of the Yemeni people and bring lasting peace and security to the country, the senior Iranian diplomat further noted.