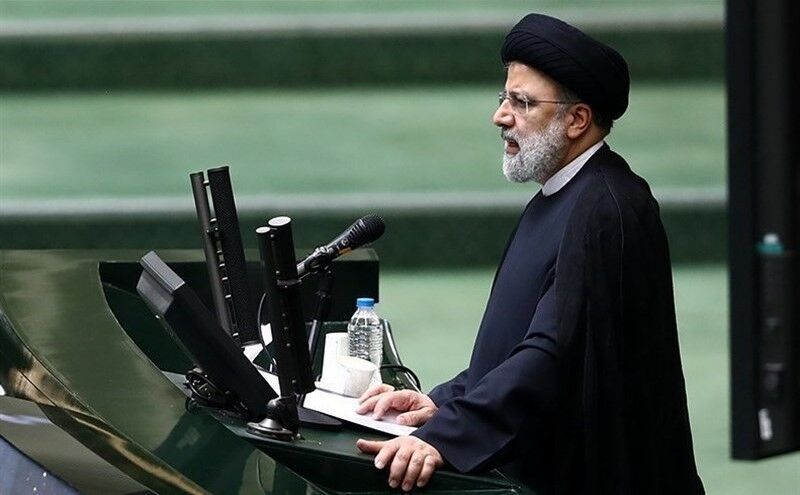 The Reason behind the enemy’s anger at the Iranian nation is the achievements gained by the country despite the sanctions and obstacles, President Raisi said while addressing the Majlis (Parliament) open session this morning.

The president attended the Majlis to defend his pick for the ministry of labor, Mohammad-Hadi Zahedivafa, whose qualification is to be reviewed by the lawmakers today.

In his speech, the president talked of the recent events across the country and thanked the people who have paid attention to the guidelines of the Supreme Leader of the Islamic Revolution Ayatollah Seyyed Ali Khamenei.

Millions of people were present in the streets to defend the values and foil the enemy’s plot, the president noted.

He further referred to the speech delivered by the Supreme Leader at the graduation ceremony of the cadets on Monday (October 3) and termed the Leader’s analysis of the recent events as comprehensive.

The Supreme Leader explained that the country’s success is the reason why the US and the Zionist regime of Israel hatch the plot against the nation, Raisi underlined.

The enemy is angry at the Iranian nation because the nation is progressing despite the sanctions and threats, he said.

The country is thankful that the enemy confesses to its defeat even after putting maximum pressure on the Islamic Republic, the president stressed.

Regarding national successes, he noted that six Iranian companies could independently produce the COVID-19 vaccines while some states in the US and some European countries are still in the red zone.

Since its outbreak in December 2019, the coronavirus pandemic has killed over 6,550,000 worldwide.

Referring to Iran’s permanent membership in the Shanghai Cooperation Organization (SCO) and some other societies, the president said such accession connected Iran’s economy to Asia and other states.

On September 15, a document on formalities or commitments letting Iran be a permanent member of the SCO was signed during a meeting between Iranian Foreign Minister Hossein Amirabdollahian and the SCO Secretary-General Zhang Ming.

“Today, the decision and determination of the government are to make planning for removing peoples’ concerns.”