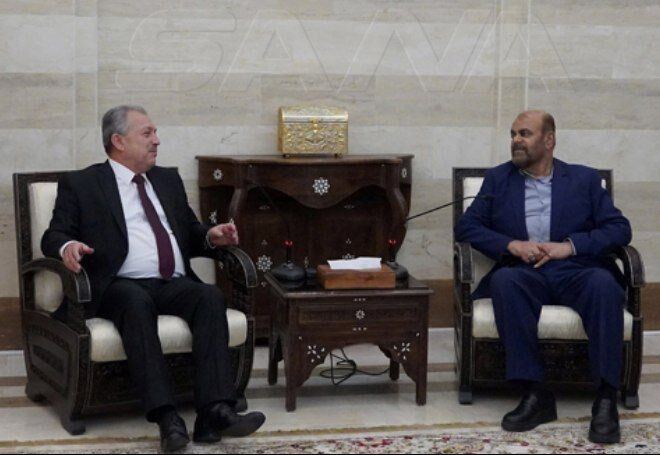 Arnous made the remark as he hosted Iranian Minister of Road and Urban Development Rostam Qasemi.

The Syrian prime minister expressed gratitude to the Islamic Republic of Iran for its support to his country, including its move to provide oil to Syria.

He referred to the reconstruction process ongoing in Syria following eleven years of war, calling for wider cooperation with Iran.

Qasemi, for his part, said that Iran will stand by the Syrian nation and will help it in different fields, including economy.

The Iranian road and urban development minister arrived in Damascus on Wednesday morning for a two-day trip.

They discussed mutual cooperation on housing, including projects to build social housing properties on the outskirts of cities, as well as formation of joint ventures.