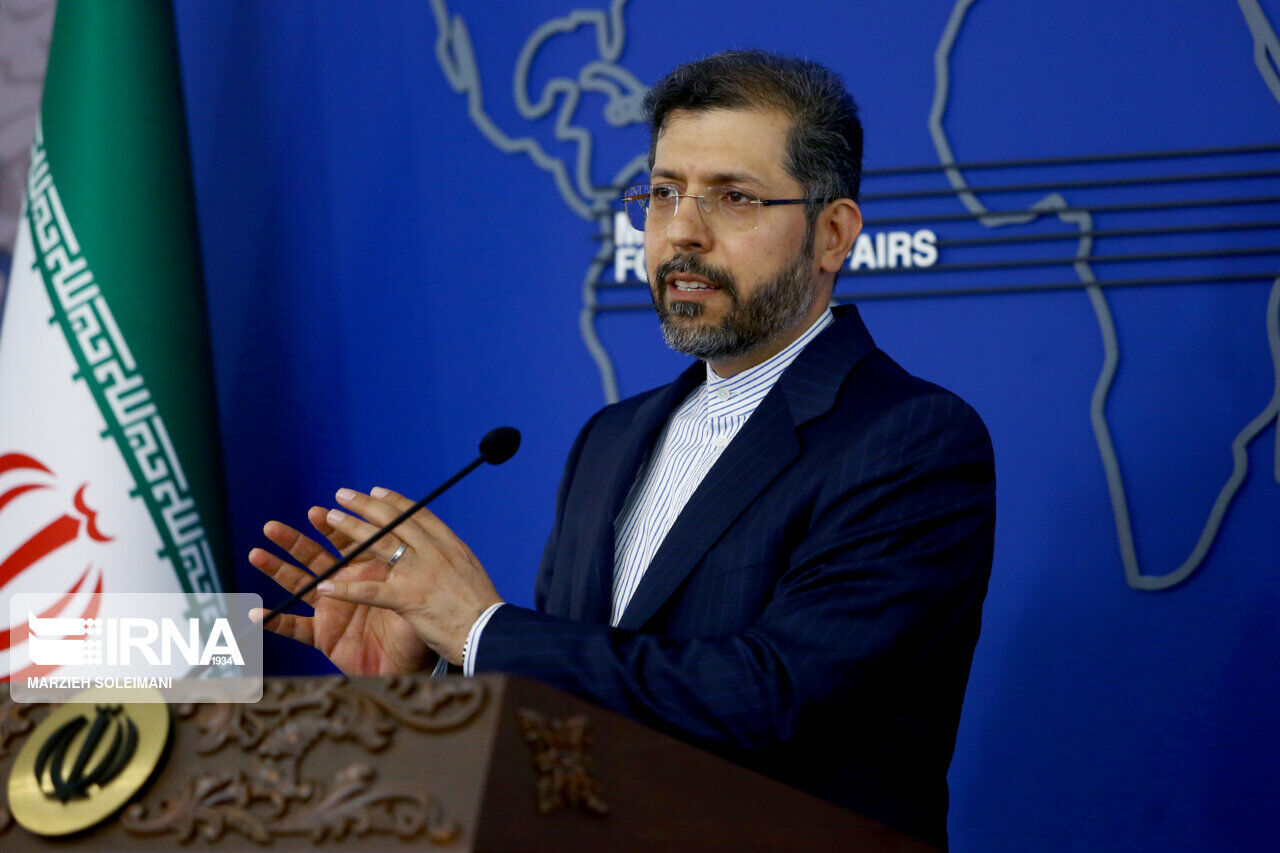 Khatibzadeh made remarks in a televised interview about the IAEA Board of Governor’s meeting and the possibility of issuing a resolution against Iran on Monday.

He said that Iran will not prejudice, but it will respond according to the action taken by the IAEA BoG.

Regarding sending the draft resolution to the IAEA BoG, he noted that the seasonal meeting of the Agency is being held and will continue for several days. Typically, two issues of safeguards related to Iran and the report on the implementation of the Joint Comprehension Plan of Action (JCPOA), which is presented seasonally, plus some other issues have been on the agenda.

Khatibzadeh highlighted that unfortunately, the IAEA Director-General Rafael Grossi presented a hasty report that before publishing it in the European Parliament, he had said the same things once again, and at the same time the Islamic Republic of Iran reacted and announced that given the third round of negotiations which has not yet been conducted, the summing up of the IAEA Director-General in the European Parliament indicates that it is as if a decision has already been made and it has been taken to report the issue in a specific way.

Khatibzadeh noted that they had three rounds of meetings from March 5, 2022, till now, and once they presented their comments and responses in written form.

He said that this report is not only inaccurate but also disregards Iran's actions, adding that it tries to show Iranians' efforts far from reality, while all of them are based on alleged cases in which Zionist regimes are behind them.

According to Iranian Foreign Minister Hossein Amirabdollahian who said Iran does not accept this report in any way, nor do the attempts of these three European countries, along with the US, which are contrary to diplomacy that tries to present a resolution against Iran, Khatibzadeh added.

He said that not only do they not consider this resolution constructive, but it will have negative effects on their entire cooperation with the agency and negotiations.

He warned the founders of the resolution that this resolution in any form will be rejected by Iran.

Iran asked all members of BoG to vote negative for the resolution against Iran if they want to have an open window of diplomacy with Iran, he noted.

Referring to Russia and China’s opposition to the resolution and the evaluations of the IAEA BoG, he said that of course, the procedures of the agency and the BoG are clear in which direction it will go. The 35 members of the BoG will announce their views, and Iran will announce its views as observers. Other topics are on the agenda.

Khatibzadeh expressed hope that due to what has been mentioned, the three European countries and the US would back down from the wrong direction that they have started in this regard, but certainly, the views of China, Russia, and Iran are opposed to this resolution, and if this issue is put to a vote, it will face negative votes from these two countries and possibly some other states.